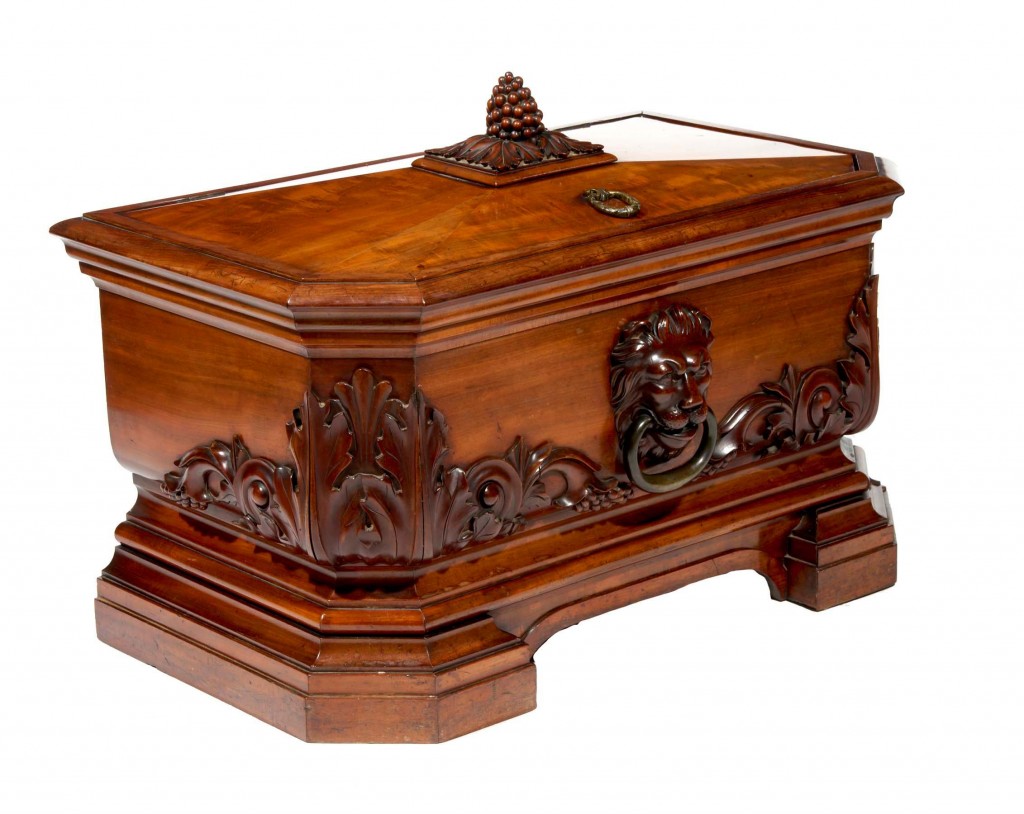 Here at O’Sullivan Antiques we love the finer things in life and what could be better than great wine enjoyed with friends and a fabulous antique wine cooler to display your favourite red or white. Wine coolers came to prominence in the early part of the 18th century. Previously cellarets were used but they were more to keep wine for just a particular amount of time at a function rather than to refrigerate or display in an opulent manner to your guests.

A general indication of date or period for wine coolers can be observed by the design or construction of the piece. Early coolers were generally oval or circular in shape with a lid in order to keep the wine as cool as possible. Lead lining was also important and most coolers were on legs that terminated on brass castors so that staff could easily transport the wine from the serving quarters to the dining room. Wine coolers became very popular as a dining rooms themselves became more popular as a room to entertain. As a result the design became more ornate to showcase the wine and not be just as a functional piece.

Unfortunately many wine coolers were converted to log boxes with the advent of alternative refrigeration and so good quality original coolers are becoming increasingly rare. We have a wide variety of wine coolers in both our Dublin shop and New York store which you can view on our websites and see which suits your home best.