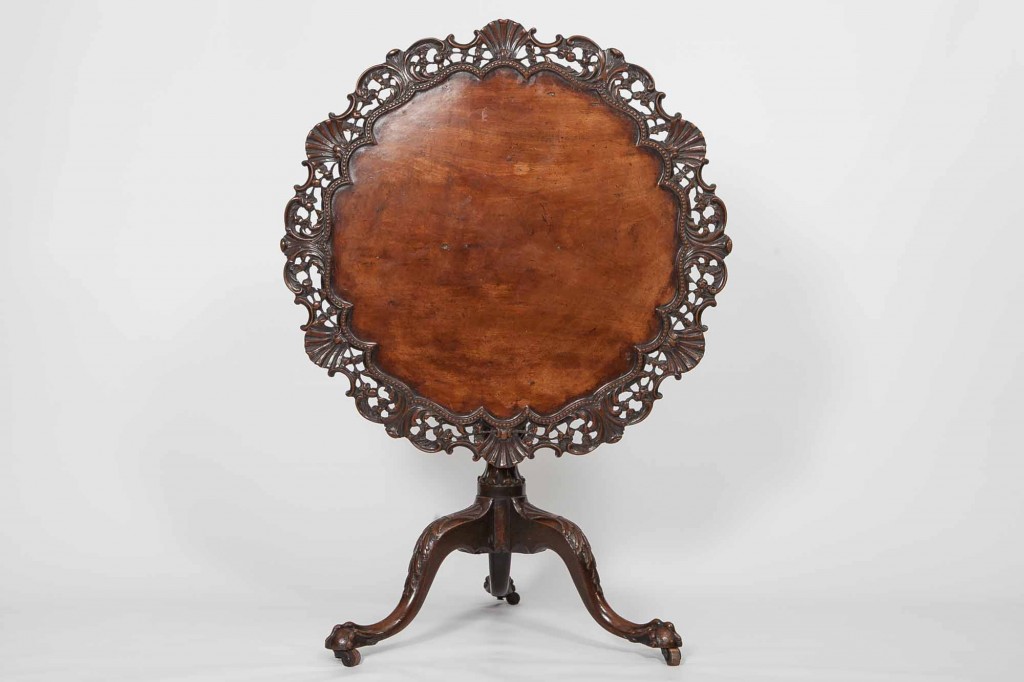 Mahogany – The timber of choice.

When the Spanish Empire conquered the West Indies they discovered that the indigenous wood, which they named caoba but we know as mahogany, was the perfect material to repair their boats after the long journey across the Atlantic. The excellent quality of the mahogany, its availability in large sizes, it was plentiful, straight with a fine grain, free of voids or pockets and above all easy to work with made it a very attractive product to export to Europe and thus started the trade in mahogany.

Whilst the Spanish were sending mahogany back to Spain mainly for the shipbuilding industry initially, King Philip II of Spain had already used mahogany to decorate El Escorial Palace just outside Madrid as early as 1584. However the popularity of mahogany as a material to make fine furniture, in particular in England and Ireland began in earnest during the 18th century and the emergence of the Georgian period.

By this time England had control of some areas of the Caribbean and Central American countries and they too discovered the excellent potential of mahogany as a durable multi-purpose commodity including its ability to withstand woodworm and its resistance to water. As a result mahogany was replacing walnut (readily available in Europe and popular in Queen Anne furniture) as the timber of choice for cabinet makers. Naturally there were difficulties with the trade in mahogany as its desirability and value increased.

It is believed that Cuban mahogany was the first to be imported to England after the capture of Havana under the reign of George III in 1762, however when Spanish forces recaptured the city in 1763 and the entire island by 1764, England began to source their mahogany in Jamaica, Belize and Honduras. Trade in mahogany was by now so important that legislation was required, in 1763 by article 17 of the Treaty of Paris, the Spanish Government allowed British traders to work without hinderance in Belize. The British Government by 1771 passed the Mahogany Act abolishing any taxes or duties on mahogany, previously all imported good were taxed which included timber, which made the use of mahogany more widespread.

Throughout the Georgian period mahogany from the ‘Americas’ was considered by such cabinet makers as Gillows to be the finest wood of any of the timbers available. It is important to note that mahogany is in fact the generic name we now use for a variety of the red/brown wood from the Caribbean and Central American countries. Bay wood, for example, usually referred to the mahogany from Honduras after the Bay of Honduras, Hispaniola wood or Spanish wood was from Santo Domingo (Dominican Republic) and of course Havana wood was from Cuba. The natural color of mahogany is often misunderstood, when freshly felled it is a pinkish red color with a colorless sap but following exposure to sunlight it takes on its more familiar brown color.

It is amazing to think that after more than four centuries mahogany is still considered the premier timber for fine furniture and still favored as the wood of choice for craft ship builders. When you look at out extensive range of Georgian furniture in both our Dublin and New York stores remember it was not just the history of the cabinet maker, the owner of the piece but the fantastic quality and history of a natural material that has endured.