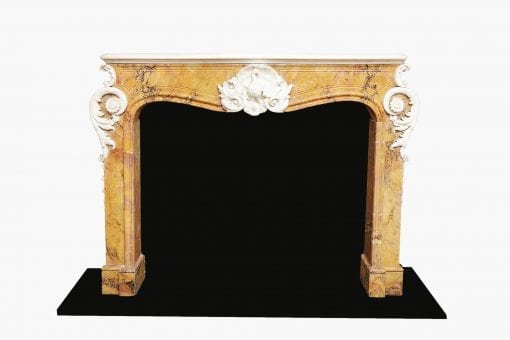 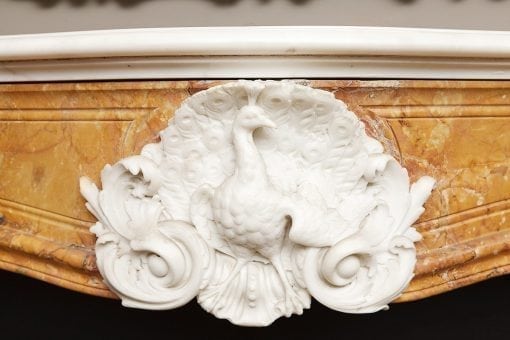 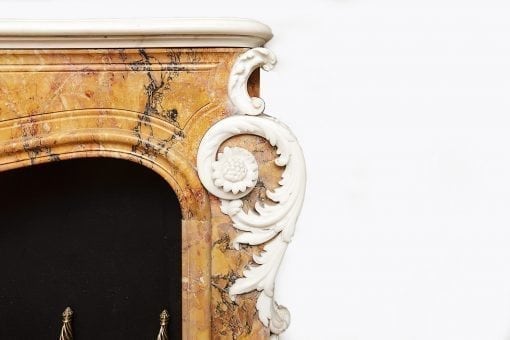 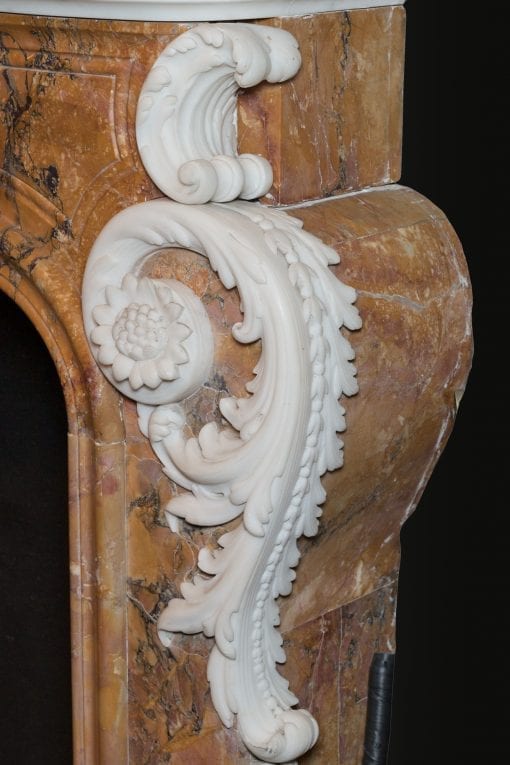 One of the most important figures of the 18th Century in England; a man of letters, connoisseur of the arts, diplomat, he was sent as a young man to the court of Louis XV.  The Earl, very much a courtier and ‘townsman’, having spent time in Paris and Versailles, became passionate about the ‘style á la française’.  It is very curious then that he should have chosen such a classical architect as Isaac Ware.  Ware heavily influenced the design of the ground floor where the dining room, library, waiting room amongst others were situated.  In stark contrast the first floor ‘piano nobile’ was distinctly of the French style.  These rooms retained their original 18th Century arrangement until the late 19th Century when Lord Burton removed the party wall between the Music Room and another room and formed a Ballroom.  These rooms are quite clearly in a French rococo manner but the Country Life article of March 4th 1922 quite clearly show a Neoclassical chimney piece replacing one that must surely have been in the French taste.   It is worth noting that the town house was by far the most important residence of an aristocrat in the 18th Century.

Chesterfield finished his house in 1749 at a cost of £25,000, a colossal sum then equivalent to at least £20 million in today’s terms and exceeding anything that the Royal family had spent at Buckingham House (now Buckingham Palace).  Only the Prince Regent would exceed this at Carlton House some forty years later and it is no exaggeration to say that Chesterfield House was the grandest house in London in the 18th Century.

Because the unusual iconography of the chimney piece contains a peacock, the symbol of Hera, the wife of Zeus, it is possible, too, that this chimney piece was indeed the bedchamber of the Countess and therefore the second most important chimney piece at Chesterfield House. The chimney piece is shown in situ in a French Rococo room in a series of photographs in the National Monument Record Office, Swindon, and these appear to predate the removal of the chimney pieces to Rangemore, circa 1900. It has much stronger veining than that usually associated with Gallo di Siena which is pale.

Chesterfield House, one of the great London houses was built for the 4th Earl of Chesterfield by the architect Isaac Ware and completed in 1750. Although Ware was almost exclusively a Palladian architect, at Chesterfield House, his francophile client insisted on some very lavish French interiors, at least on the piano nobile,  the first floor where the antechambers, drawing rooms and principal bedrooms were situated. However, although the style of this fireplace is Louis XV, the combination of sienna and white marble is unmistakeably English.

Chesterfield House was sold in 1869, the furniture and pictures removed to the country seat, Bretby, in Derbyshire. Chesterfield House was subsequently bought by Lord Burton, then leased circa 1920 to Viscount Lascelles who married the Princess Royal daughter of George V.  Lord Burton made several structural changes to the building and at the beginning of the 20th. Century and it was then that some of the chimney pieces were removed to Rangemore when the house was being fitted out for Edward XVII.