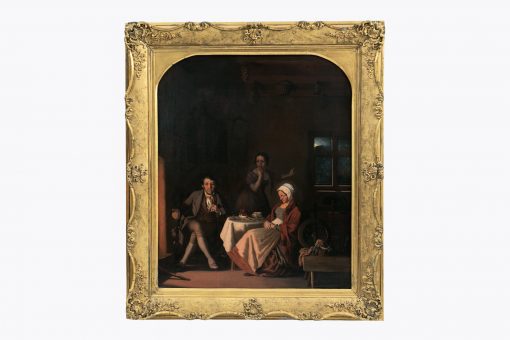 William Gillard was born in England in 1812; he followed his profession as a painter in Chester, Liverpool and elsewhere and was for some years in Dublin where he obtained success as a portrait painter. His name first appears as an exhibitor in the Royal Hibernian Academy in 1831 and he again exhibited in 1841 and 1848 and from 1860 to 1876. During part of this period he was in Dublin as well as in Liverpool and London. His name does not occur after 1876. A portrait of Dr. Robert Perceval by Gillard is hanging in The Royal College of Surgeons, Kildare Street, Dublin.