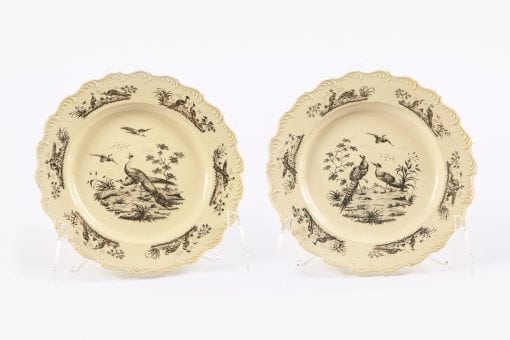 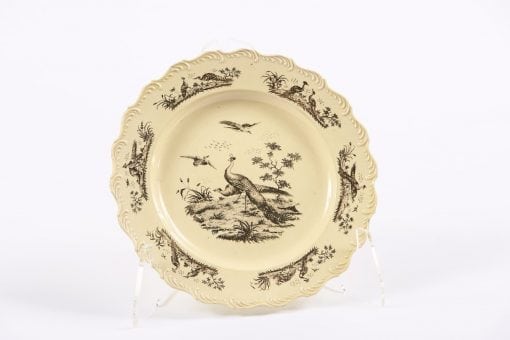 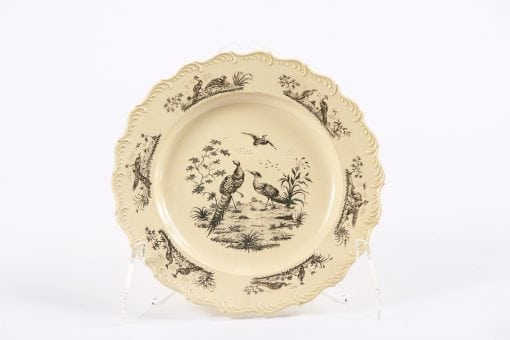 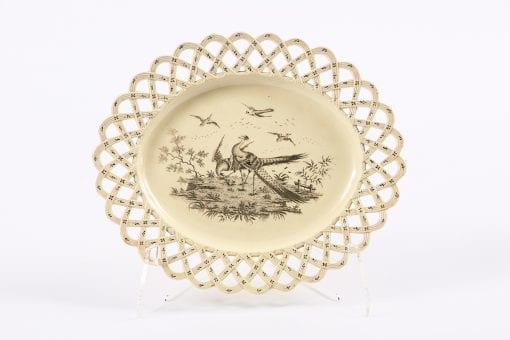 These plates are of a type that were marketed as a dessert plate and were intended for eating stewed or fresh fruit. Dessert plates often had decorative moulded edgings and shaped rims or pierced borders.  Generally they were lighter and more decorative than dinner plates. However, tablewares of the same design could be used for serving both savoury and sweet courses even in some of the most elaborate services. The distinction between the two may therefore not be as rigid as often thought. Soup and dinner plates were usually set out before the start of the meal at the time that this one was made, and clean plates were brought by servants when the dessert was served.